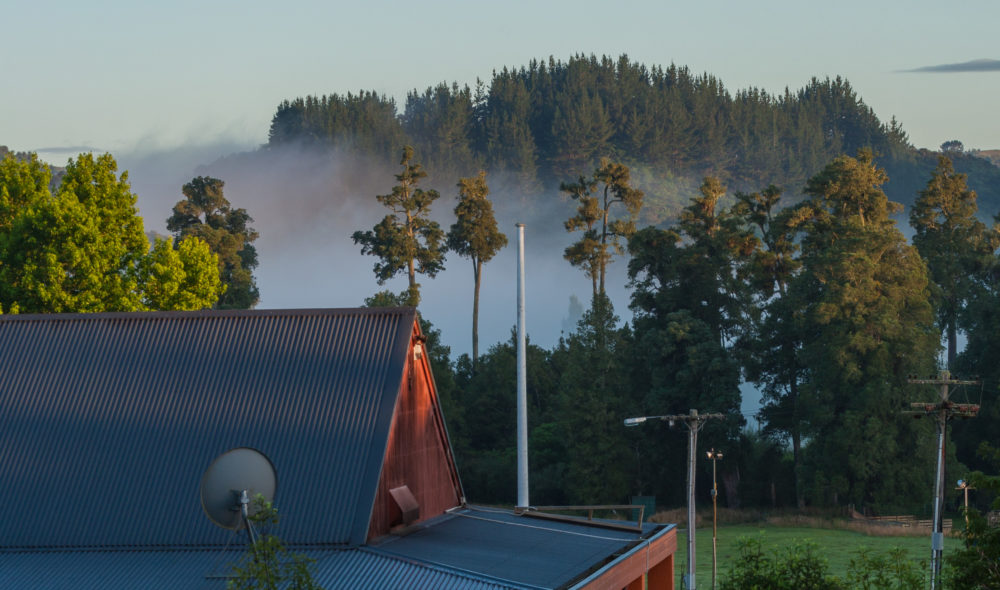 A Scotch mist greeted me on my arrival at Waitomo Caves this morning.

The Maori tour guide offered a number of interesting facts and figures, not the least of which was that her ancestors lived in these very caves. It was the fact, along with her delivery that really impacted me.

With her introduction out of the way, the twenty-something of us went down through a meandering path. Down, down, down we went… Primarily limestone, the formations were fascinating. Many were of interesting shapes — an angel and a skeleton to name two.

Our next stop was an expansive opening known as The Cathedral. It’s name pretty much speaks for itself. It’s a particularly beautiful environment (if you like being underground) and the acoustics are quite unique. Everyone from New Zealand’s own Kiri Te Kanawa to Kenny Rogers have performed there.

From The Cathedral we meandered around a number of other interesting stops. Still in the cave, we then got on a boat where we were guided into an area that was pitch black other than hundreds, probably thousands of glow worms. With them suspended from the top of the cave, we agreed the effect was not unlike a clear night under the stars away from city light pollution. Quite a neat experience.

After the cave tour I did some hiking and then returned to the hostel. This one has a lot of character. Just prior to writing this I was on the deck with a glass of New Zealand red wine listening to Fred Hirsh play Rain Waltz on my MP3 player. With the expansive view of gently slopping green hills and warm air, life could hardly be better.